When it comes to WordPress performance, this question comes up quite a bit, and that is how to remove query strings from static resources. Your CSS and JavaScript files usually have the file version on the end of their URLs, such as domain.com/style.css?ver=4.6. Some servers and proxy servers are unable to cache query strings, even if a cache-control:public header is present.

By removing them, you can sometimes improve your caching. This will also fix that warning you might see in GTMetrix and Pingdom and called “Remove query strings from static resources.”

Please keep in mind that query strings are usually there for a reason. Versioning on files is used by WordPress developers to get around caching problems. For example, if they push out an update and change style.css from ?ver=4.6 to ?ver=4.7, it will be treated as a completely new URL and won’t be cached. If you remove the query strings and update a plugin, this could result in the cached version to continue serving. In some cases, this could break the front-end of your site until the cached resource expires or the cache is completely flushed.

You can easily remove query strings from your assets with a few lines of code. Simply add the following to your WordPress theme’s functions.php file.

Important: Editing the source code of a WordPress theme could break your site if not done correctly. If you aren’t comfortable doing this, please check with a developer first. Or, you could also take advantage of the free Code Snippets plugin. This plugin will allow you to add the above code without having to worry if it will take your site down.

Simply create a new snippet and add the above code. Select “Only run on site front-end” and then save the snippet. Your query strings will then be gone! You might need to clear the cache on your WordPress site to see the changes take effect on the front-end. 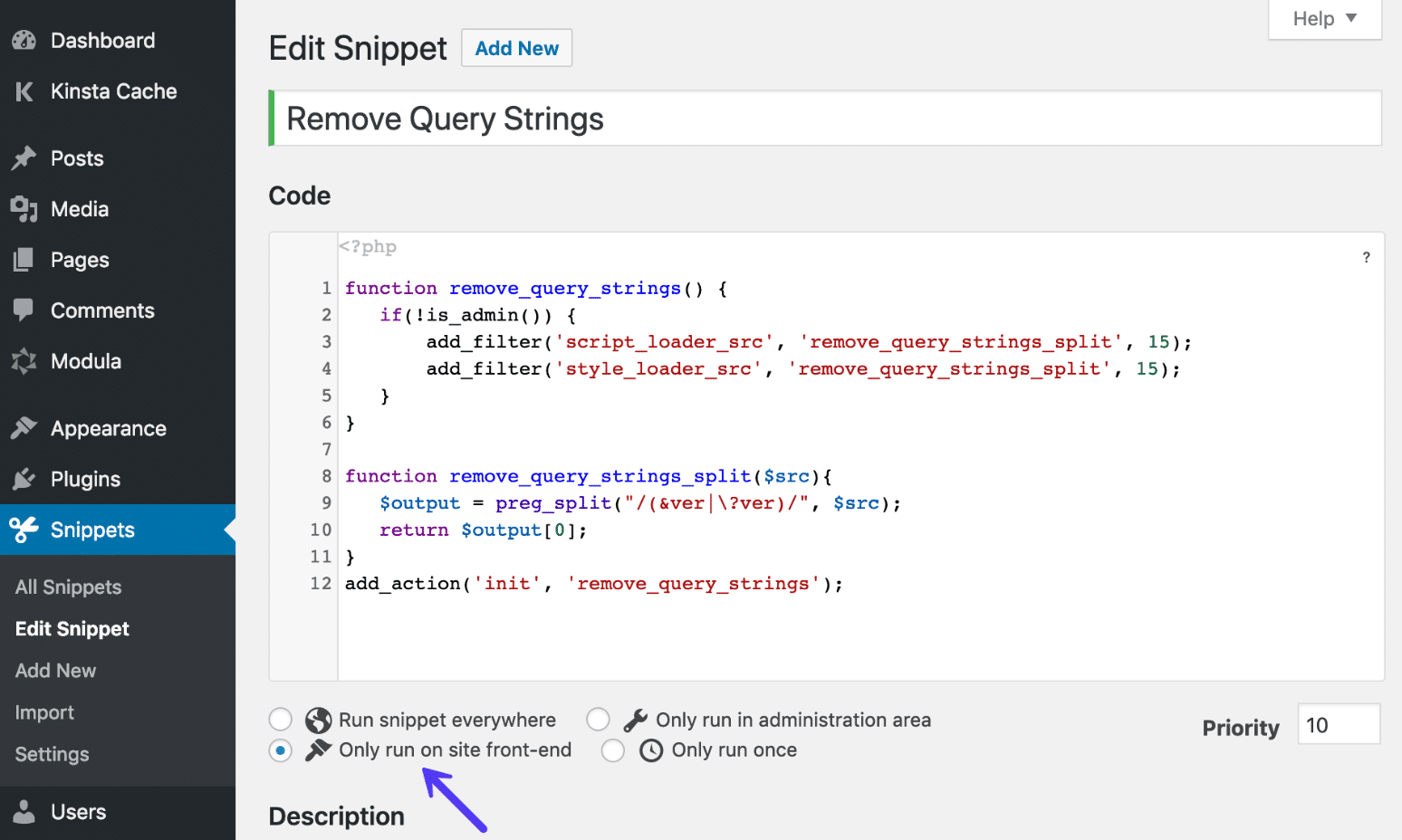 With Query Strings (Before Code)

Here is an example of scripts loading with query strings.

Without Query Strings (After Code)

Here is an example of scripts after having removed query strings.

2. Remove Query String from Static Resources with a Plugin

An alternative to using code is to use a WordPress performance plugin that has this feature built in. The premium Perfmatters plugin (developed by a team member at Kinsta), allows you to remove query strings from static resources with a click of a button. It also enables you to easily implement other optimizations for your WordPress site, and works alongside your current caching plugin. 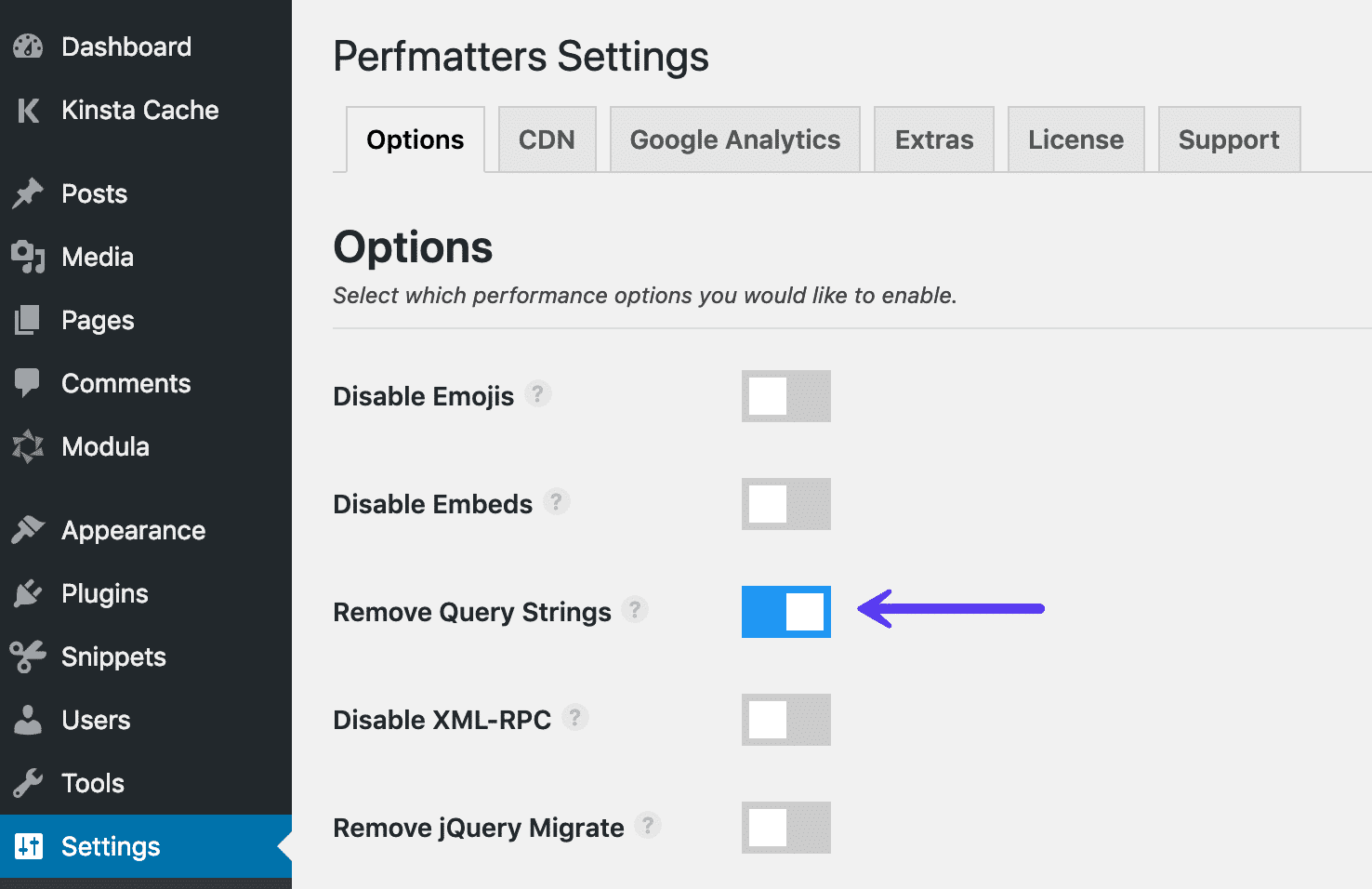 After using either of the above options you should no longer see a warning about query strings in website speed test tools such as GTMetrix or Pingdom.

If you enjoyed this tutorial, then you’ll love our support. All Kinsta’s hosting plans include 24/7 support from our veteran WordPress developers and engineers. Chat with the same team that backs our Fortune 500 clients. Check out our plans

How to Quickly Fix the 401 Unauthorized Error (5 Methods)

How to Fix the WordPress Updating Failed and Publishing Failed Errors

How to Fix the “Upload: Failed to Write File to Disk” Error in WordPress